The $1.2 million project involved replacing and upgrading an aging effluent line that discharges treated wastewater from both Total and Carville Energy, a neighboring facility. Performance Contractors was hired to replace 1,600 linear feet of existing 16-inch pipeline with a new 20-inch line, which would give the client safer flow and improved capacity.

The project was unusually tricky. The Performance Contractors team had to juggle a number of factors both while planning the project and carrying it out.

“Usually on a project, you might run into one or two issues like this, but this was a lot of different issues to handle,” says Performance Contractors Site Manager Jake Borne. “You normally don’t see all of these kinds of things on one job.”

The challenges included gaining permits for the project from multiple jurisdictions, managing costs through a creative, engineered solution and timing the project perfectly with regard to the Mississippi River’s unpredictable levels. Working within these strictures, Performance Contractors finished the job on budget, and 45 days ahead of schedule.

It took Total Petrochemicals nearly four years to gain a permit from the U.S. Army Corps of Engineers to upgrade the facility’s existing effluent pipeline to a new line that could provide safer disposal of treated wastewater and accommodate future expansion. This meant that once Total got the green light, springing into action was critical. Performance Contractors was ready. While patiently waiting, the team proactively created a carefully crafted project scope based on extensive research and thoughtful problem-solving.

Since the effluent pipeline ran from the facility to Total’s Mississippi River dock, the project to replace it required working with three separate governmental jurisdictions, as well as with Entergy. The project began inside the facility, then crossed over Louisiana State Highway 75, which required a special permit from the Louisiana Department of Transportation and Development (DOTD) to partially close one lane of the roadway. This was to accommodate overhead work that crossed the active highway and included the use of steel and piping components. Once permission was granted from DOTD, the team also coordinated with the St. Gabriel Sheriff’s Department, so that deputies could assist with the temporary closure.

“We were able to accomplish this first phase of the project without any traffic jams or hold ups,” says Performance Contractors Project Manager Brandon Broussard.

The permit that had finally been obtained from the U.S. Army Corps of Engineers was a particularly high-stakes part of the project. Performance Contractors had to work within tight specifications about the type and amount of excavation that could be done on the levee, and also when the work could be completed. The permit was only valid when the river was between certain stages. In 2019, when the project was taking place, the river had reached record levels. Monitoring the river became a major component of the project, since failure to follow any of the permit’s conditions could have resulted in fines and penalties for both the client and Performance Contractors.

Since the final portion of the project included accomplishing work from the Mississippi River itself, the Performance Contractors team had to jump through additional hoops. The first involved obtaining clearance from the U.S. Coast Guard. As a maritime facility on a major waterway, the Total dock is considered vital to national security. Personal safety was also a key consideration since employees were working on rigs over the notoriously turbulent river. Thus, Performance Contractors instituted extra safety measures, including the use of additional safety harnesses and mandatory life vests. A rescue craft was also in the river on standby.

One of the biggest expenses on the project was the barge crane required to accomplish the dock work, which had to be done from the river because of the weight restrictions on the levee specified in the Corps of Engineers permit.

“We really tried to think outside of the box about what else we could use to supplement the use of the crane, and to reduce the amount of time we needed to use it,” says Broussard.

Through industry contacts, the Performance Contractors team discovered a piece of industrial equipment called a “Bobby Jack,” which was successfully being used to lift pipelines for inspection without the use of a crane. Performance Contractors worked with the manufacturer of the Bobby Jack to engineer a custom bracket that would allow the team to shift the pipeline high enough to install rollers underneath, and then move it from the structure horizontally. This reduced the time needed to deploy the pricey barge crane by 90%, significantly cutting down both duration of this part of the project and overall project cost.

Since the Corps of Engineers permit required the work be accomplished only during certain river stages, the Performance Contractors team had to watch flood stages carefully. They acted fast when the river dropped earlier than expected.

“We knew we had to expedite things because of the river level falling,” says Borne. “The good news was everything was in place. We were ready.”

The team expedited materials and lined up the pieces to begin the work immediately. They also deployed a strategy in which teams worked simultaneously on different components of the project rather than working one component at a time. For example, as one team removed silt and debris off the access road and installed temporary matting for equipment on the levee, other civil and structural crews began working on their specific tasks, while top equipment operators were also ready to go at a moment’s notice.

Ultimately, it took just three months to complete the project, thanks to careful problem-solving  and innovative thinking.

“It was a complex, difficult project,” says Borne. “Our team really rose to the occasion to get it done.” 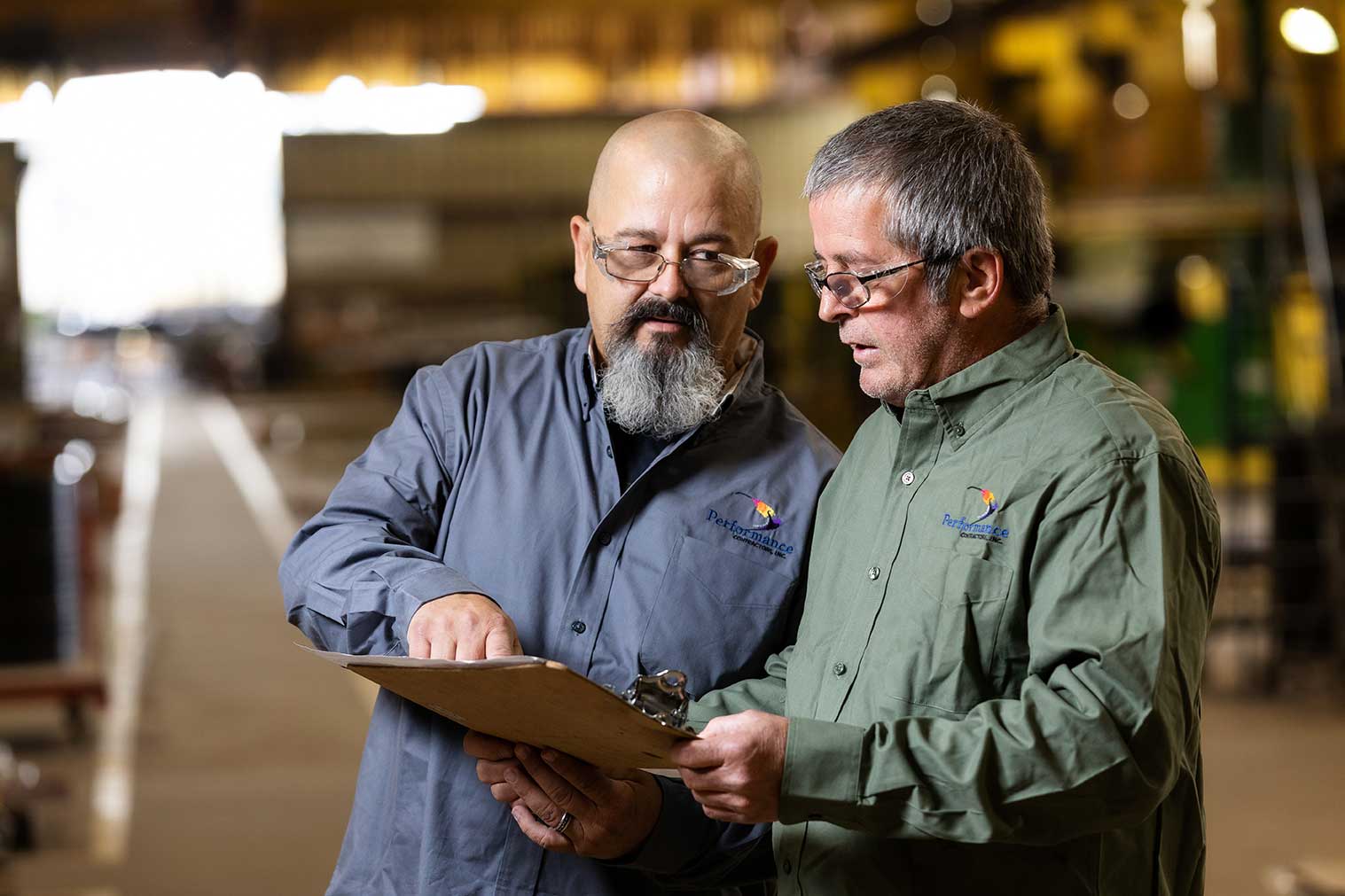